Who are the enemies of Indonesia

Ghosts behind the scenes of power

The posters for this article were provided to us by the Indonesian poster artist Alit Ambara. He created it in 2015 to commemorate the victims of the 1965 massacre. Alit Ambara, who we presented in the Southeast Asia 2/2017, is part of the poster collective Nobodycorp Internationale Unlimited.

Indonesia: The so-called Cold War led to mass murder of leftists by the military, paramilitaries and civilians in Indonesia in the mid-1960s. The bloodbath paved the way for the anti-communist dictatorship of General Suharto, supported by Washington, London and Bonn. The traumatic memories of the survivors are reflected to this day in stories about dangerous ghosts and haunted places. 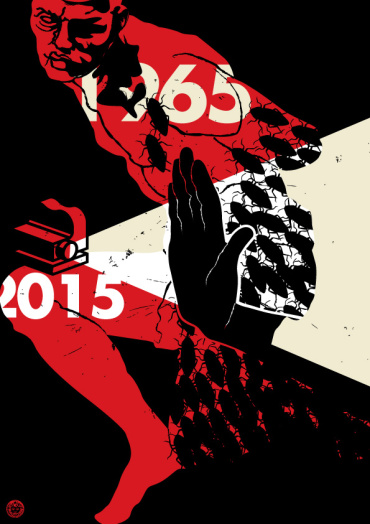 The years 1965 and 1966 are dark chapters in Indonesian history. It was the time of the mass murders of communists and of many people accused of communism. The violence spread to other parts of Indonesia via Java, Bali and Sumatra, and killed an estimated two million people. These mass murders did not only reflect class conflicts or different political ideologies. The violence was also legitimized with the cultural argument that communism shook social harmony.

But did the destruction of the supposed enemies lead to a more harmonious Indonesian society? Not at all. It seems that everyday life is still challenged and sometimes even threatened by the ghosts of the victims of the massacre at the time.

As in many Asian cultures, there is also a belief in Indonesia that the souls of the deceased do not disappear from everyday life. Rather, they become ghosts who live in "another world". But even when they are in another, an eternal world, they stay in contact with their descendants in order to maintain harmony. In this process a distinction is made between the harmony of the big world (jagad besar) and that of the small world (jagad kecil). Only “good” spirits can ensure harmony, while “bad” spirits disturb the harmony.

Whether the spirits of the deceased are good or bad depends on how they pass from the lifeworld into the eternal world, i.e. with their cause of death. Natural death is death according to God's will. It is a good death that gives rise to a good spirit. An unnatural death, whether by accident, murder, or suicide, is an imperfect death that leads to a diabolical journey into a dark world. From there, the evil spirits - visible or invisible - can be life-threatening for people. 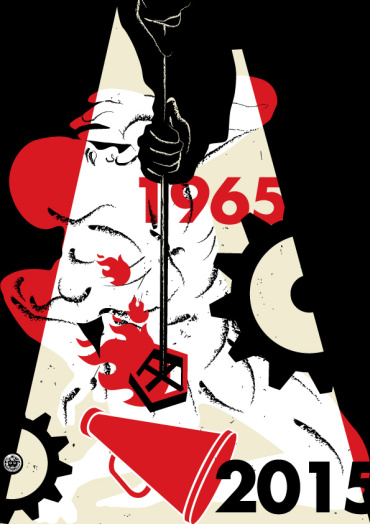 Since the bloody events of 1965/66 until today we can observe how memories of the violence against communists or people who are considered communists are mixed with complex trauma consequences and cultural worldviews in stories about ghosts in daily life.

This article is based on ghost stories from residents of Masean village (Batuagung, Jembrana, Bali) and from people who live on the banks of the Winongo River (Yogyakarta, Java). Other "ghost experiences" come from the island of Buru, where the largest camp for political prisoners was. In all of these narratives, the trauma from which society still suffers can be felt in a variety of ways.

Jembrana County on the island of Bali was a strong base of the Communist Party of Indonesia (PKI) before 1965. For this reason, there were particularly many murders there of people who were suspected of a communist worldview. Fifty years after the violence of 1965 and 17 years after the end of Suharto's “new order” (1965-1998), something interesting happened in Jembrana. In the village of Masean (Batuagung) the traditional ritual was established information carried out. In this ritual in Bali, where the majority of the inhabitants are Hindu, corpses are cremated to cleanse the souls of the dead from the taints of their physical existence. This is what happened to the remains of some of the victims of the mass murders in 2015. The local community decided to take this step after fear and concern drove many people.

Ida Bagus Kadek Suwartama, the village's Hindu priest, explains the cause of the fears as follows: The villagers experienced strange things, such as seeing dead bodies walking around without heads. “Every time someone saw something like this, there was a suicide shortly afterwards,” says Ida Bagus Kadek. Since 1965 there have been 50 suicides in Masean, always in the same way, by hanging. And not to count are the many accidents that occurred at the sites of the mass graves of 1965. 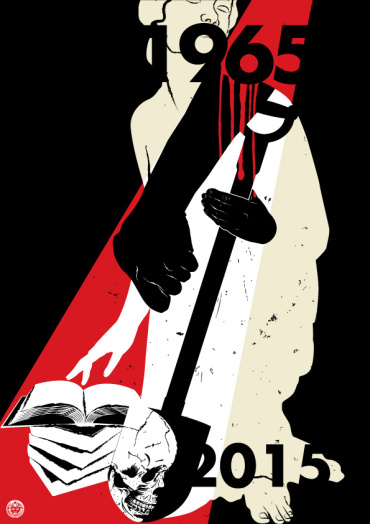 Ida Rsi Bhujangga Waisnawa Putra Sara Shri Satya Jyoti, lecturer in religious studies at the Hindu University in Denpasar, justified the need to conduct the information so: “The corpses of people who died decades ago will, if they have not been cremated, to Bhuta Cuil, to ghost beings who can disturb people's lives at any time. According to our worldview, a kind of tug-of-war takes place between prakerti (physical, visible world) and purusa (ethereal, invisible world) instead. When a person dies, the soul has to - through that information- Ceremonial - from prakerti be freed - so that she can break away from its attraction. "

The tales of the disturbing souls of the dead who repeatedly cause mischief in the village of Masean show that the politics of slaughter was not over when Suharto's "new order" took possession of the stage of power. Rather, it established itself in the political consciousness of the people. Tales of the spirits of the dead who want to take revenge were told again and again, passed down to younger generations and thus immortalized as part of daily conversations. In the eyes of many, this continually "proves" that communists are disturbing cosmic harmony.

The people on the banks of the Winongo River in Yogyakarta (Java) also tell each other stories of ghosts. These are preferred on dark and unkempt parts of the river bank. These stories also go back to the atrocities of 1965 and are passed on from generation to generation to this day. They speak of strange voices that can be heard in the middle of the night, of invisible beings who are after the lives of local residents. It's about cursed places where mischief happens. The stories of beings who appear in eerie forms because they were once the victims of a violent death shows how the experience of violence at that time is written as fear in the collective consciousness of society to this day. It seems that the mass murders are hiding the subject of communism and the dead are gradually becoming beings that haunt everywhere, annoying, criminal beings, destroyers of harmony. 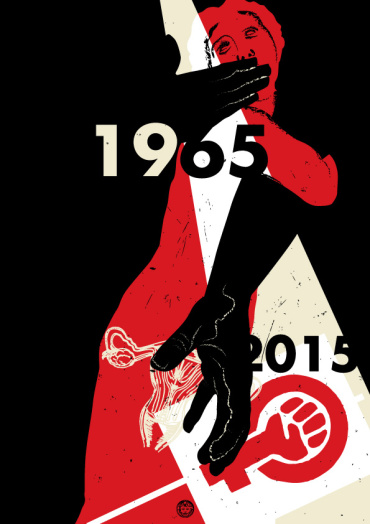 In the course of the communist persecution, hundreds of thousands of women were victims of murder, rape, torture and continued stigmatization © Alit Ambara

The stories from Bali and Java show the complex effects of the violence of the time, they show repression, feelings of guilt and the desire to return to a normal life. The trauma is hidden in the ghost stories and at the same time continues to work in them. The horror narratives that come across as a collective threat to people on the streets of Jembrana or on the banks of the Winongo are perhaps also an expression of the suppression of the fact that local residents - actively or passively - became accomplices in the bloodbath of 1965/66 often out of fear of threats from the army. The memory of the cruel "then" becomes a continued fear in the "now", as Jeffrey Alexander does in his book Trauma: A Social Theory[1] describes.

On the island of Buru, where the largest camp for political prisoners was located in the 1970s, which is often also referred to as the Indonesian gulag, people tell each other different stories. The writer Pramoedya Ananta Toer, who survived this camp, describes in his book The silent song of a mutehow many prisoners chose to die in the face of the unbearable forced labor and arbitrary rule of the military, be it by running the risk of being shot trying to escape or by suicide [2].

Deceased prisoners as allies of the living

Suicide was preferred as a "safe" method and also one in which inmates were not held accountable. Quiet, hidden places were chosen to commit suicide, such as the banks of a river in the middle of the forest. Whenever a suicide occurred, the inmates told each other ghost stories full of gruesome detail. These stories came to the ears of the military guarding the forced laborers. And they finally believed that there were evil spirits in the places where a suicide had happened and that it was better to stay away from those places.

The stories grew in number and they were told again and again by the inmates, making them more and more popular with the military on duty. The repetition of the horror narrative became a means of "psychological warfare" between prisoners and soldiers. And so these “cursed places” became open spaces where exhausted or sick prisoners could relax without having to fear the presence of the military. 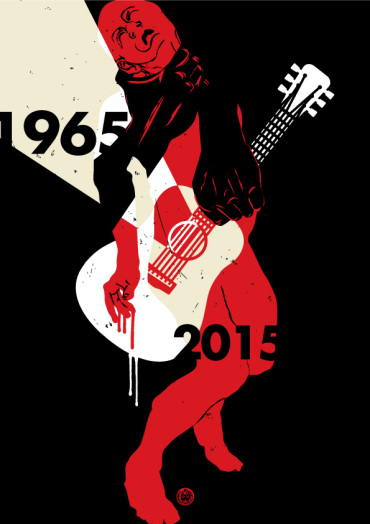 Numerous intellectuals were among those murdered and imprisoned: teachers, scientists and artists © Alit Ambara

For the military, these ghost stories also fueled fear of the cruel revenge of the people who tortured, injured or murdered them. The ghosts of the dead inmates were an invisible and uncontrollable threat to them. The fact that the military confirms the prisoners 'narrative shows the perpetrators' fear from a psychological point of view. The prisoners, on the other hand, did not feel threatened by the ghosts of the dead; it was their companions in suffering who would protect them and by whom they would be protected. Rather, they invented these stories in order to at least temporarily escape life-threatening forced labor.

The ghost stories from Bali, Java and Buru shown show that the “creation” of ghosts cannot be viewed in isolation from the prevailing balance of power. Because these determine the meaning of the spirits. The mass murder of (supposed) communists has resulted in trauma that time has not healed. To this day, the ghost stories, as they are told in the examples from Bali and Java, reflect repression, feelings of guilt and fear. And they serve - in the sense of the striving for harmony - continued reassurance that the dead were the destroyers of harmony. Not so with the ghost stories of the prisoners in Buru. Here the horror narratives serve the strategic goal of evading the power of the military.

Contemporary Indonesian history is a "ghost story" because so much of what happened in 1965 is still in the dark. It will take much more effort to shed light on this darkness and to bring about justice.

Translation from Indonesian by: Anett Keller