Modern soldiers ever use their bayonets

My Lai: 40 years after the massacre

This Sunday (March 16, 2008) marks the 40th anniversary of the My Lai massacre. In the small village of the same name, US soldiers brutally murdered up to 500 civilians, including many women and children, towards the end of the Vietnam War. Only one US soldier was ever brought to justice by an American court martial. After extensive research in US archives, it is now clear that My Lai was not an isolated case in the Vietnam War.

"Track down and destroy!" 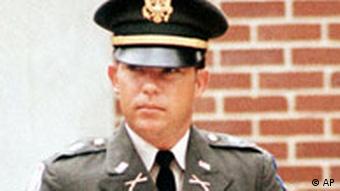 In the early morning hours of March 16, 1968, soldiers of the 11th US Brigade landed their helicopters near the village of My Lai. Their mission: to identify loopholes for the Viet Cong fighters who have been waging a grueling guerrilla war against the world's strongest army for years. 24 year old Lieutenant William Calley Jr. has inoculated his soldiers the procedure: Search and Destroy.

The soldiers comb through straw huts and, because they cannot find any rebels, drive the farmers together. Then they start murdering men, women, old people and children. One of the few survivors is the farmer Fran Ha Thi Qui. "When the Americans came, my husband was in the rice field with the cows. I was at home with my child," reports the now 75-year-old. "Suddenly they were shooting wildly. I was shot. My child was there. He begged for his life, but to no avail. It was so cruel."

The soldiers throw hand grenades into huts, use babies as targets and stab refugees with their bayonets. Three hours later, up to 500 innocent people are dead.

My Lai is not an isolated incident 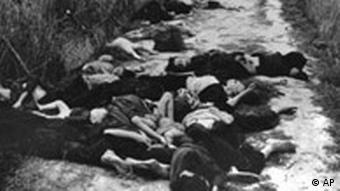 Dead civilians on the road to My Lai

The US military authorities and the Nixon government manage to cover up the gruesome incident for 18 months. It was the journalist Seymor Hersh who finally uncovered the massacre of the Vietnamese civilian population in the late autumn of 1969 through an article in Life magazine. The world public was shocked. Today we know: My Lai was by no means an isolated case.

"Every single combat unit deployed in Vietnam - from the division level to individual platoons - can be associated in one form or another with war atrocities and war crimes," says historian Bernd Greiner. For a long time he was able to research in US archives. Greiner estimates that the number of civilians killed in this way could run into the tens of thousands - "be it through torture, the murder of prisoners or a massacre".

A hero - perpetrators are left unscathed 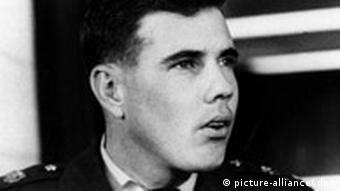 A man among madmen: Helicopter pilot Thompson saved Vietnamese civilians from the marauders

The residents massacred in My Lai were added to the total number of Viet Cong fighters killed. Hardly any soldier refused to obey. Only the helicopter pilot Hugh Thompson junior saved some women and children by threatening the GIs with having his gunnery guns at them with the machine gun. Then he evacuated the civilians.

Of the perpetrators, only Lieutenant Calley was sentenced to life imprisonment. Of those, he only spent three days in prison. He spent three years under house arrest until President Nixon pardoned him in 1974.

War researchers today attribute the massacres not least to the asymmetrical warfare in which the Viet Cong wore down an army that had not been trained for this war with its guerrilla tactics. Anger and an escalation of violence on the part of the US Army ensued.

Iraq - nothing learned from Vietnam?

Forty years later, American warfare in Iraq is also controversial. Here, too, there were massacres of civilians as in Haditha or attacks as in Abu Ghraib. The military learned from these experiences, says Greiner: "In the 1970s, 1980s and well into the 1990s, the political leadership was told: 'Never send us into a comparable situation again! We are not ready to to wage an asymmetrical war and not be trained for it '. " The political leadership in the USA ignored this professional objection and ordered a war in Iraq "which maneuvered the US army into a similar situation, with results comparable, albeit not on the same scale as in Vietnam".