Why are hands so difficult to draw

In this drawing guide I would like to describe how you can learn to draw a hand.
The first step on this path is to observe and recognize the shapes and proportions. This rule basically always applies when drawing. Drawing begins with seeing. An anatomical study can also be helpful here.
Here is a link to a Wikipedia article on hands: Hands Wikipedia

Even more tips on how to see properly when drawing hands can be found in this drawing guide: Learning to draw a hand

Learn to draw a hand

So let's look at a hand. A hand consists of five fingers - thumb, index finger, middle finger, ring finger, and little finger - and the palm. When drawing a hand, it is important to realize that the fingers are not the same length. The knuckles of the fingers are also not in a straight line.
The two drawings below illustrate this observation. You can see a hand from both sides - palm and back of the hand. 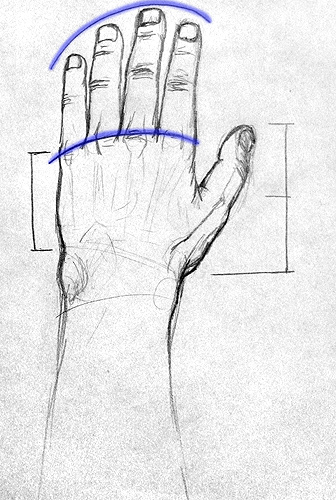 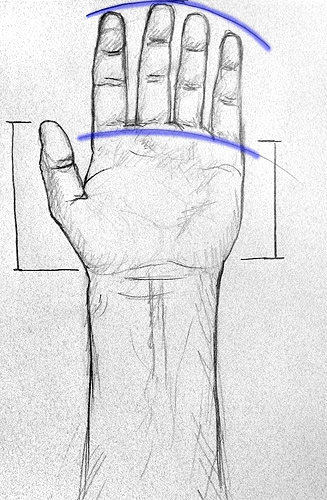 Drawings of the back of the hand and palm

What you can also see on the drawing are the knuckles. These are the protruding bones at the point where the finders spring from. It differs from person to person how strongly the ankles protrude.
Especially if you want to draw women's hands, you should not or only barely show the knuckles. In women, these ankles are usually much less visible than in men. You always have to pay attention to these distinctions between man and woman when drawing, otherwise a drawing will look strange very quickly. 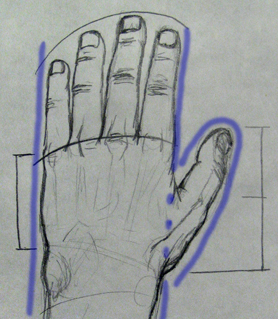 Now we come to the palm - the inside of the hand. The palm is slightly cupped. This shell is formed by the roots of the fingers, the muscle of the edge of the hand and the muscle of the thumb.
If you draw a hand, these muscles can be represented in a simplified manner by a line or by soft shadows. 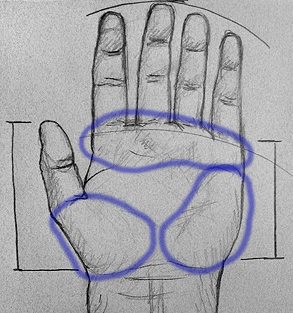 Palm with marking of muscles and fingertips

Some like to work with geometric bodies in order to be able to draw more easily. This means that the drawing object is divided into simple geometric bodies (such as circles, squares, triangles, ellipses), which first depict the contours on the paper.
This drawing method for one hand could look something like the following two drawings. 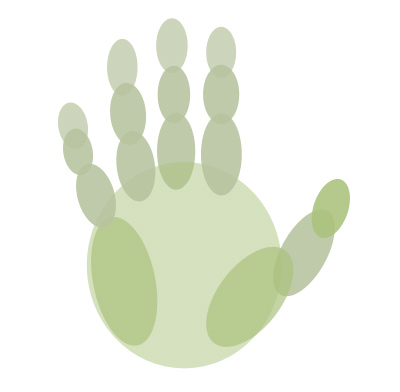 Ellipses (in green) to represent a hand 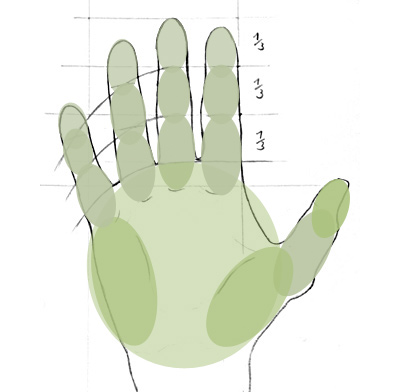 An hand drawn with the help of ellipses

Instructions that describe a similar drawing method can be found under the following link:
Block and circle method of drawing hands

However, I fear that even with this method it is not easy to be able to draw the proportions of a hand correctly. A better way to learn to draw hands, in my opinion, is to use guidelines and dots.

With this method you first draw a rectangle consisting of two squares of the same size - as shown in the picture below. 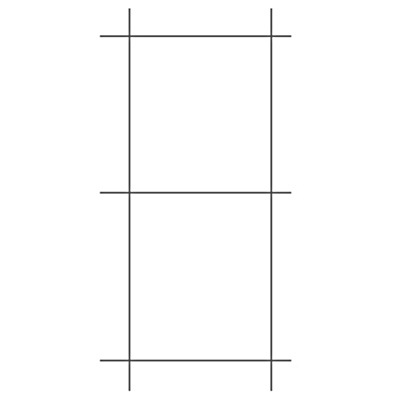 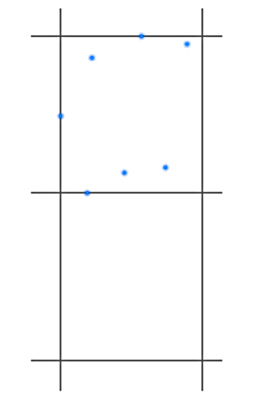 Points to mark the proportions of the fingers

Now you can draw the contours of the fingers and the palm. 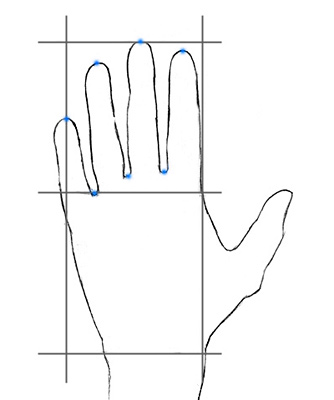 The fingers consist of three limbs (bones) - except for the thumb, it only has two. A few folds can be drawn on the joints.
There are two methods of drawing in these places correctly:

A) The fingers are divided into three equally sized limbs. Starting with the finger tip, you simply divide each finger by three. This method is also a good trick for drawing entire fingers. The subdivision can be seen in the drawing below. 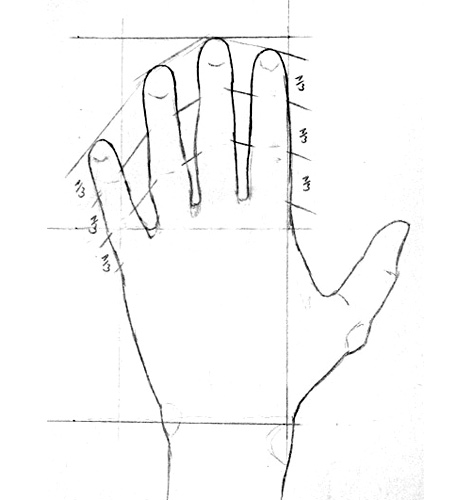 Subdivision of the fingers

B) Divide the fingers into four quarters. Measured from the knuckle (i.e. not the base of the finger), the first link is half a finger length (i.e. 2 quarters). The two following links are each a quarter long.
With the help of the drawing below, one can understand this division more easily than one could explain it in words. 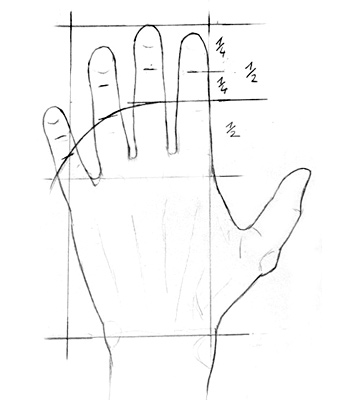 Proportions of the fingers

Depending on how exactly you want to draw, you can only indicate the muscles and the roots of your fingers with a few lines or you can shade them.
The picture below shows a simple sketch of the palm. 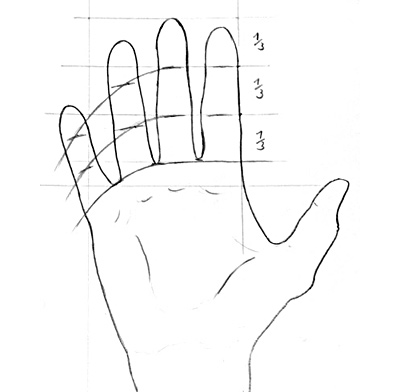 Drawing of a palm

You can find more tips and tricks on the display methods when drawing a hand under this link: Drawing hands

And here again a small summary of the findings described: