How many Americans support Greta Thunberg

"It makes me very sad" 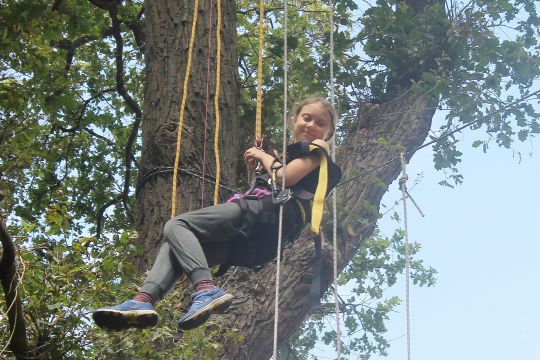 The Swedish climate activist Greta Thunberg met with the local climate movement in the Hambach Forest between Cologne and Aachen today, including representatives of the school strike movement "Fridays for Future", which she inspired, as well as the anti-coal groups "End of Grounds" and "Hambi remains ".

Among other things, she visited the Terra Nova viewing platform at the adjacent Hambach open-cast lignite mine. "I've seen opencast mines before, but this one is so huge," said Thunberg. "It's a devastating sight, it makes me very sad."

The Hambach Forest has largely given way to coal and the remaining trees are also to be cleared if the energy company RWE has its way. That is why climate activists have been occupying the forest for years. You want to get the trees to stand still.

Last year tens of thousands protested against the deforestation - also because it is now clear that Germany will phase out coal-fired power generation.

There is currently no risk of clearing, as a judicially ordered clearing stop will apply until next year. However, the RWE excavators are digging so far into the forest that forest conservationists fear destruction even without clearing.

Thunberg also commented that the last German coal-fired power plant should not go offline until 2038. "If the world wants to meet the 1.5-degree target, it will probably not be possible for Germany to burn coal until 2038," said the activist. "But that's not my opinion, it comes from what the scientists say - it's not about what I think."

Greta Thunberg is passing through Germany. She came from the European "Fridays for Future" congress in Lausanne and after visiting the Hambacher Forst drove further north. In the coming week she is to set out from Great Britain on a journey of several weeks on a sailing ship across the Atlantic in order to get to the American continent without a climate-damaging flight.

Thunberg, who has been out of school for a year, wants to take part in the special climate summit in New York in September, to which UN chief António Guterres has invited. In December she also goes to the annual World Climate Conference, which this time takes place in Santiago de Chile. "Speaking to the United Nations won't change the situation, but it does create awareness of the crisis." 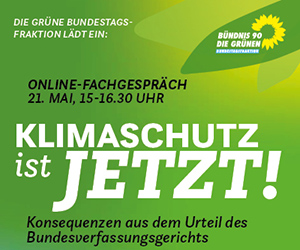