What is space quantization

Apparently with the accreditation of the idea that a quantum spin property is, and with a new mathematical formalism (operator), quantum mechanical solved the interpretation of the Stern-Gerlach experiment. But the curiosity of the situation, when appearing with the same silver bar, the magnet is rotated at a certain angle. The results are the same indifferent to the angle of rotation of the magnet. This is a rather complicated and meaningless situation for quantum interpretation. Of course there is nothing special about the z-direction, ie there is nothing to distinguish the z-direction from any other direction in space. And this situation is just the beginning ...
Suppose we have a second identical Stern Gerlach (SG) instrument and the fascicles pass from one instrument to the second and we make a series of measurements as shown in Fig. 1.7.

In Figure 1.7, by plus or minus signs we show the orientation of the fascicles when escaping from the SG device, relative to the external magnetic field.
In the first case, when both magnetic fields are similarly oriented along the z-axis, with north and south pole parallels, and we eliminate so-called magnetic down fascicles, we observe that the magnetic up fascicles remain unchanged when it passes through the second instrument. So the magnetic -up atoms are still magnetic after a second measurement
Let's assume again a second magnetic field setup is positioned so that only spin-up atoms enter into it (case 2 in the picture), but the second setup and detector are rotated 90 degrees so that the inhomogeneity is on top of that X axis. After the first device we get a split on the z-direction and we eliminate a fascicle (magnet down). If only the spin-up fascicles enter oriented in the second SG x-axis, we again get a separation into 2 fascicles. The same things happened when we orient the second SG to the y-direction.

Let's complicate the situation a little. With the first SG in the z-direction we get a first split and we block spin down fascicles. In the second SG alignment is along the x-axis and we again get a split in the fascicles. We block the spin-down component again, and we pass the spin-up fascicle again through a SG oriented on the z-axis. And surprise ... the fascicle is in turn divides into two components (case 3 in the figure).
Being unable to explain sequence of SG experiments, quantum mechanical define new concepts (entanglement and correlation) and new philosophical interpretation.
According to quantum mechanics, when the two filters have the same orientation, the correlation is zero. If the two filters are in opposite orientations, the correlation is 100%. If the two filters have perpendicular orientations, the correlation is 50%. It turns out that the correlation goes smoothly from zero to 100% as the relative orientation goes from 0 ° to 180 °.
At the same time a new theorem (Bell theorem) was formulated in order to have a theoretical basis of this entanglement. We will not discuss here this theorem, which some scientists claim to be the most important proposition from science (not from physics!) Because this proposition does not exist and is based on a wrong interpretation of the SG experiments.
The quantum interpretation of the sequel to SG experiments starts form idea that the measurement of a physical observable can be a previously measured different observable probabilistic again ". So a measurements change the variable from deterministic to probabilistic and becomes a totally interpretation of the physical phenomenon, actually on this basis. Of course we can rhetorically ask whether the measurements of the variables (and the universe) change, what does measuring equipment mean?

The quantum explanations are sustainable because, as seen in the case of a sequence of two SG devices aligned along the same axis, the second measurement does not give a probabilistic result, and starting from a magnet up -atom one finally gets magnets up. If we put a third SG device and we measure the fascicle again until we see that again the measurement is not probabilistic but rather deterministic. 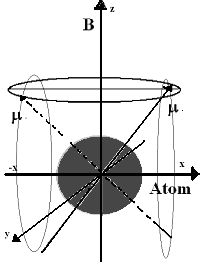 Fig .1.8 Change in precession direction when the direction of the magnetic field is changed in successive SG device

We analyze the last experiment shown in the fig. 1.7 In the first SG a fascicle is divided into spin-up and spin-down. The spin-down is blocked, and the spin-up is impaled again in a spin-down revving because of a second SG oriented in the x-direction. Spin up again selected and oriented in a third SG in the z-direction and, astonishingly, introduced .. the fascicle is split up again.
After the first instrument, the SG to the fascicle perform a precession in the positive z-direction, in the xy-plane. Because of this we have a secondary split in the x-direction in the second SG. At escape from the second SG, and if we block the down fascicle, the spin up fascicle is directed positive x and leads a precession in zy-plane (equal probability for a magnetic moment to orient in the direction of positive or negative z). Consequently, in the third SG, the fascicle is again separated into two tufts, because at the entrance of the third SG there is an equal probability for magnetic moments to be directed in the positive or negative z-direction. Of course in this state someone asks what does it represent quantization in a certain direction when in reality we don't have that fact? Classical physics can solve this apparent "paradox" of "quantum mechanic" very easily.