Jordan Peterson is a racist

Until recently he was a largely unknown psychology professor from Toronto. Jordan Peterson is now one of the most famous intellectuals on the Internet. He is followed by over a million people on YouTube and more than 650,000 on Twitter. Peterson gained this notoriety primarily through his opposition to the Canadian Bill C-16, which in June 2017 added gender identity and “gender identity or expression” to the list of prohibited grounds for discrimination in the Canadian Declaration of Human Rights. In the debate surrounding this law, Peterson expressed concern that, as a professor, he might be forced to address his students using their preferred personal pronouns. Some of the content of his lectures might become illegal. As a result, he saw freedom of expression at risk.

In particular, the videos of his heated discussions with students on the University of Toronto campus spread online. One of them now has over 3.6 million views. In it, Peterson acts soberly argumentative, open and ready to talk when emotional students accuse him of transphobia. While the concerns raised by him are viewed by most lawyers as absurd misinterpretations of the law, Peterson presents himself as a renowned conservative professor and intellectual, against whose arguments his opponents would have nothing but bad insults to offer. In this way, Jordan Peterson has become one of the best-known representatives of the so-called “Classical Liberals”, who are currently particularly vocal in demanding adherence to classical liberal values ​​such as free public discourse and rational argumentation. But is Peterson really a critical thinker who defends freedom of expression with his controversial theses? 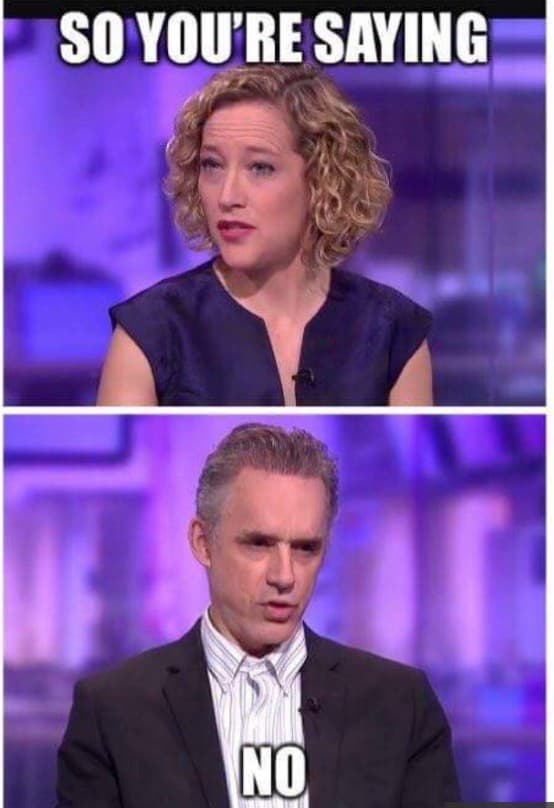 Peterson memes “So you are saying…”; Source: medium.com

At least Jordan Peterson's success is based heavily on this image. As a conservative rebel against the excesses of “political correctness” and “gender ideology”, he markets himself online. The number of his supporters on the crowdfunding platform Patreon is increasing, which means that he now earns over 80,000 dollars a month. He appears on all kinds of podcasts, shows, and broadcasts to express his views. An interview by Cathy Newman became particularly popular, with over 9.5 million views on YouTube, in which the poorly prepared journalist fails in her attempt to convict Peterson's bigotry. Newman's unsuccessful attempts to pin their guest to certain of his sexist views have meanwhile become a meme (“so you are saying:…”).

The psychology professor also owes his popularity to his self-help tips, which he also disseminates on various channels. It is particularly popular with young men who are looking for orientation in life. For them, Peterson presents himself as a father figure who teaches them personal responsibility, such as tidying up their room. His new book too 12 Rules for Life - An Antidote to Chaos is a self-help book and a bestseller. The 12 rules he sets out in it appear harmless. These are common platitudes such as: "stand upright", "tell the truth" or "be precise in your statements".

If you take a closer look at the numerous texts, interviews and lectures, you come across all kinds of obscure views. Concepts like “white privilege” are “lies”, according to Peterson, that were developed by “postmodern Marxists” like Foucault or Derrida. They conspired against western civilization and corrupted the whole of society right through to kindergartens by "infiltrating" universities. Subjects such as literary studies, sociology, anthropology and education would have to be cleansed of this influence or should be abolished. He compares feminist activists with supporters of Mao. He regards Disney films such as "Frozen" as part of a comprehensive political propaganda.

Man as a lobster 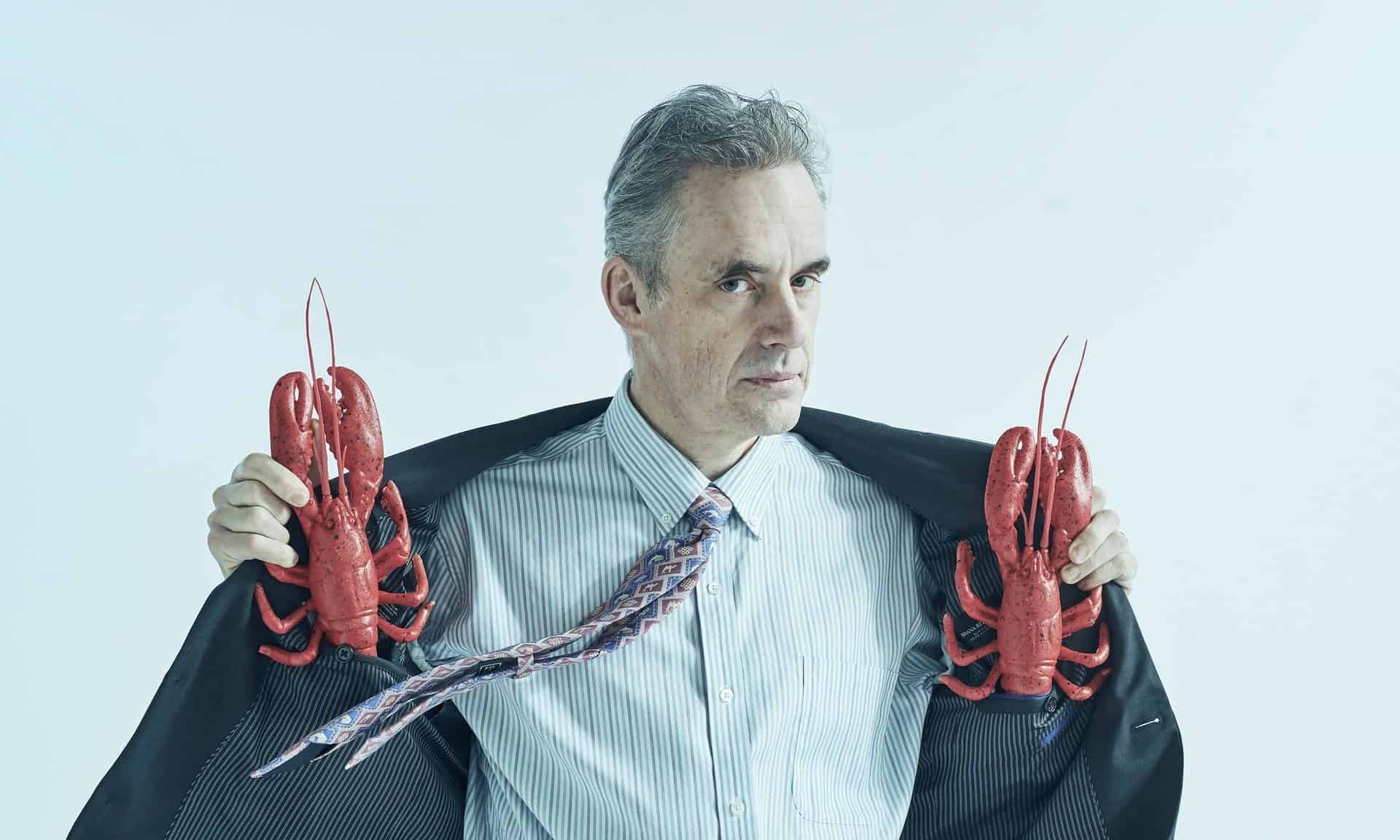 Even the supposedly harmless self-help book is full of ideological absurdities. Peterson describes the behavior of lobsters as an allegory for human social behavior: namely, lobsters constantly fought for their territory. Whether a lobster wins or loses in such a fight would affect its brain structure and this would create a stable hierarchical structure. Finally, female lobsters mated with the dominant winners. Not only the behavior of the animals, but also their brain and hormone structure can be transferred to humans. On the following pages, Peterson deals with the theory of evolution, which he links with his previous presentations on human behavior (or that of lobsters) and reduces it to the factor of the permanence of hierarchical structures:

It does not matter, whether a feature is physical and biological, or social and cultural. All that matters from a Darwinian perspective is permanence - and the dominance hierarchy, however social or cultural it might appear, has been around for some half a billion years. It's permanent.

As apolitical as Peterson's self-help tips may seem, they nevertheless contain a deeply biologistic and social Darwinist worldview, which is bundled in the requirement of his readers to take the behavior of lobsters as an example: “Look for your inspiration to the victorious lobster, with its 350 million years of practical wisdom. Stand up straight with your shoulders back. "

Peterson, who as a psychologist also deals with totalitarian ideologies and often warns against them, is also celebrated by the Alt-Right movement for such theses. In the professor's criticism of “postmodern Marxists”, the right-wing extremists find their anti-Semitic conspiracy theory confirmed by “Jewish cultural Marxists” (usually the Frankfurt School is meant). Peterson does not want to be associated with the radical right, on whose channels he often appears. As the renowned writer and essayist Pankaj Mishra in a review of 12 Rules of Life in the New York Review of Books When the author discovered traits of fascist mysticism, Peterson then called him on Twitter an "arrogant racist son of a bitch" whom he would "like to slap in the face".

You can support us by sharing this article: FacebookTwitter 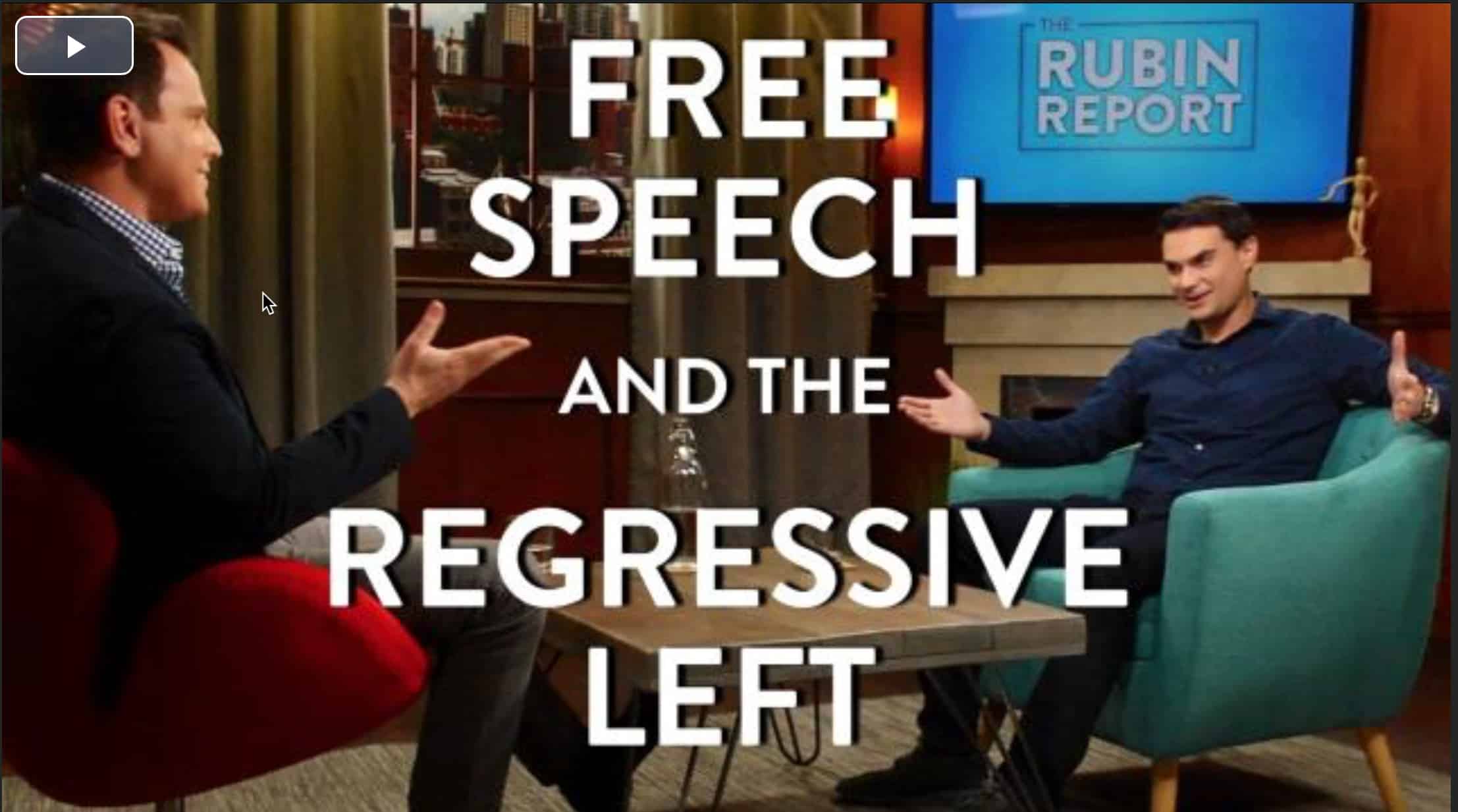 Peterson describes himself as a classic liberal individualist. This makes him the figurehead of a political movement that is being reformed on the Internet, which wants to see itself as “Classical Liberals” and “the new Center”. Their speakers include Peterson, Dave Rubin, Ben Shapiro, Eric Weinstein, Sam Harris, Lindsay Shepherd, Ayaan Hirsi Ali, Gad Saad, Carl Benjamin and Joe Rogan. Among the followers are many former supporters of the “New Atheism” movement, who are surprisingly unaffected by Peterson's penchant for religion. They see themselves as part of an “intellectual dark web” where debates are held about “dangerous ideas” that the mainstream denies. The self-declared main concern of the movement, which primarily represents libertarian, neoconservative and anti-feminist standpoints, is above all one thing: the defense of universalism, science, individualism, discourse and freedom of expression, i.e. classic, consensual liberal values.

However, the “Battle of Ideas” has little to do with the ideas behind these terms. For Jordan Petersons, for example, an assertion - following his Darwinian views - is true if it serves to survive. That is why Christianity is true. Whatever holds its own in battle is true - a more direct contrast to the liberal ideas of free speech and public debate could hardly be found.

Talk to the right, caricature the left

In concrete terms, the actual political stance of the “classical liberals” is reflected in the imbalance in their dealings with the right and the left. The latter forms the shared enemy image of the new movement, which is committed to the struggle against an “inquisitorial”, “postmodern” and “regressive” left, which is primarily located at universities and in the media. Progressive students in particular are caricatured as narcissistic, overly sensitive, emotional and hysterical with defamatory fighting terms such as “SJW’s” (Social Justice Warriors) or “Special Snowflakes”. They are unable to deal with criticism, refuse to enter into discourse, demonize white men, defend Islam, ignore biological facts and are also incapable of political debate without labeling their opponents as racists. The movement ironically regards being left as a mental disorder.

On the other hand, the new “classical liberalism” has no fear of contact with the opponents of right-wing liberalism. According to liberal ideals, this has to be defeated in open discourse with arguments. When, for example, the libertarian alt-right blogger Stefan Molyneux advertises his book in a conversation “about race and IQ” on Dave Rubin's talk show “Rubin Report” and declares that science shows that blacks have smaller brains than whites, the “classically liberal” sits “Moderator agrees and continues without ever questioning any of his guest's theses. Ultimately, the audience should form their own opinion. In another conversation with Molyneux, Peterson reveals himself to be a follower of the same racist pseudoscience. However, one looks in vain for a scientific classification of Molyneux in "Rubin Report". The goal claimed by Peterson and Rubin of dissuading the supporters of the alt-right movement from it can certainly not be achieved with this strategy.

The future of liberal democracy

Jordan Peterson and the “classical liberals” have become influential key words in public debates. You can now find their catchphrases and argumentation patterns in Switzerland as well. In all western democracies there is a necessary discussion about what liberalism and freedom of expression mean. These debates must not stop at conjuring up buzzwords, however. Only in the question of which concrete forms of public speaking and civilized arguing are derived from the basic concepts of liberalism does it become apparent who is doing justice to these ideals. It is to be feared that precisely those who are currently so loudly selling themselves as defenders of classic liberal values ​​will contribute to the abolition of these very values.