What do Serbs think of Bulgarians?

The people were discovered by Bulgarian police officers on an icy Saturday morning not far from the border with Serbia. The 25 Afghans, including seven young children, had spent the whole night in the forest. According to the official's memo, the migrants were first questioned. That was on February 4th, 2017.

Now, almost four years later, it is clear: Serbian law enforcement officials have illegally expelled the asylum seekers from Serbia instead of providing them with appropriate papers and accommodating them in a refugee home. This is confirmed by the Serbian Constitutional Court in a groundbreaking ruling that DW has exclusively received.

For years, human rights activists have complained of brutal behavior by border guards, police officers and the military towards migrants on the Balkan route; and for years all official bodies in the Western Balkans have denied that so-called pushbacks, i.e. illegal deportations under international law, are taking place. To date, there are hardly any judgments in Europe that can be compared with the current judgment from Belgrade. 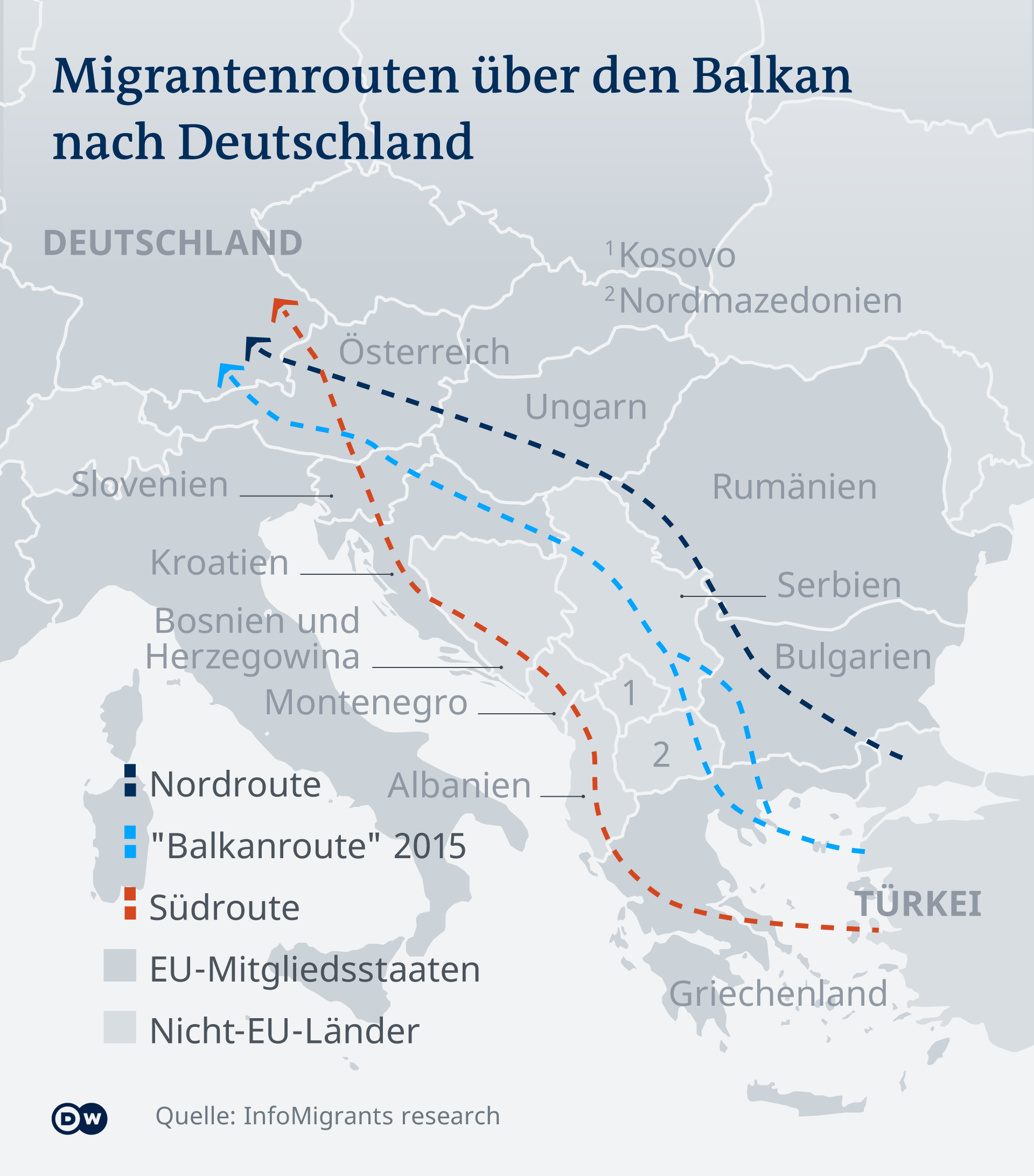 "One can hardly overestimate the decision of the Constitutional Court, because illegal deportations of all human rights violations are the hardest to prove," said Nikola Kovačević, a lawyer who filed the lawsuit, told DW. "Unfortunately, it is an open secret that pushbacks like this from Serbia continue to happen. And so far nobody has been held responsible."

17 people in one car

According to the court record, it was fifteen minutes after midnight on February 3, 2017 when Serb security forces observed a group of migrants just a few hundred meters from the Bulgarian border. People got into two cars and drove towards central Serbia.

The two drivers - both Serbian citizens - were arrested minutes later. They were people smugglers, a still thriving criminal industry in the Balkans. Six men, four women and seven children, all from Afghanistan, squeezed into the gray VW Passat. The constitutional complaint was later filed on behalf of these 17 people.

Arrest instead of asylum

That night, however, the migrants were locked in the detention cell of the police station in Gradina, a village near the border. The plaster was crumbling from the wall in the room, there was no water, no heating, no toilet. And no lawyer for those arrested. 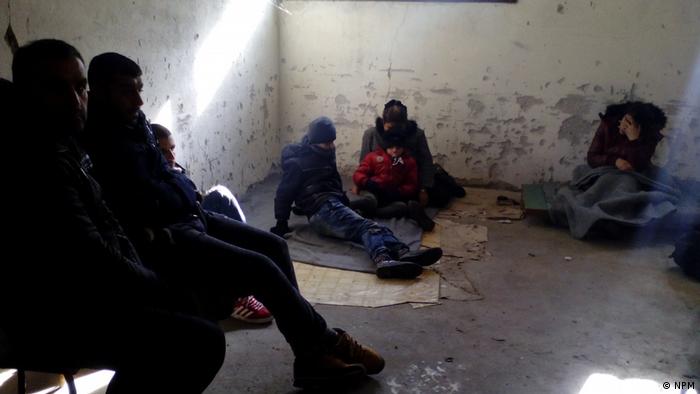 The detention cell of the police station in the Bulgarian village Gradina on the border between Serbia and Bulgaria on 8.2.2017

The next morning, security guards took the Afghans to the local administrative offense court, where they had to testify alleging that they had illegally crossed the Serbian border. But the responsible judge acquitted the migrants: They should be regarded as asylum seekers, perhaps even as victims of human trafficking.

On the run from war and the Taliban

The interrogation protocols of the Afghans are similar: They come from Kabul and Mazar-e Sharif and have been traveling to the west and north of the EU via Iran, Turkey and Bulgaria for months. In some places they had paid smugglers. They cannot go back to their homeland because of the war and the Taliban. 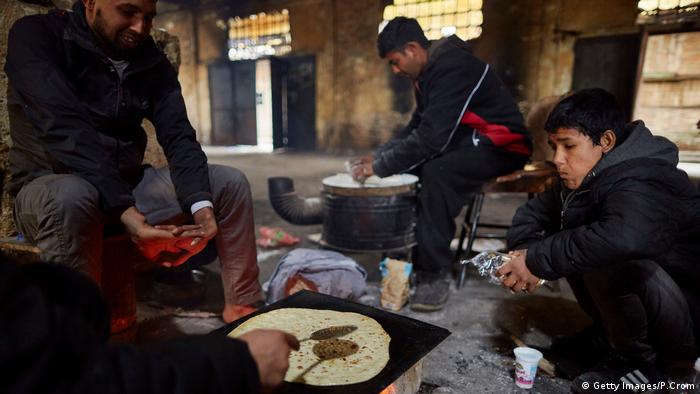 The judge ordered that the security guards treat the migrants as potential asylum seekers and issue them with appropriate notices so that they can be accommodated in a reception center for refugees. Officials say they did just that right after leaving the courthouse: handing out notices. And then said goodbye.

The Serbian Constitutional Court, however, now believed a different testimony. Accordingly, the Afghans were forced to get into a police van. Then the migrants were transported to the forest on the Bulgarian border and driven back to Bulgaria.

"They didn't hit us, but they took the documents for the Serbian refugee home away from us," said one of the Afghans a few days after his illegal deportation via the Viber messenger service. With the help of an interpreter, the man got in touch with Belgrade lawyer Nikola Kovačević.

Who were the perpetrators?

Serbia's Constitutional Court was not tasked with determining who the police officers or border guards were who illegally deported the refugees. The responsible ministries have been keeping a low profile - as is usually the case in such cases. "You have to determine the identity of the officials immediately," demands asylum seeker lawyer Kovačević. "I see the decision of the court as a reminder to the interior and defense ministries." 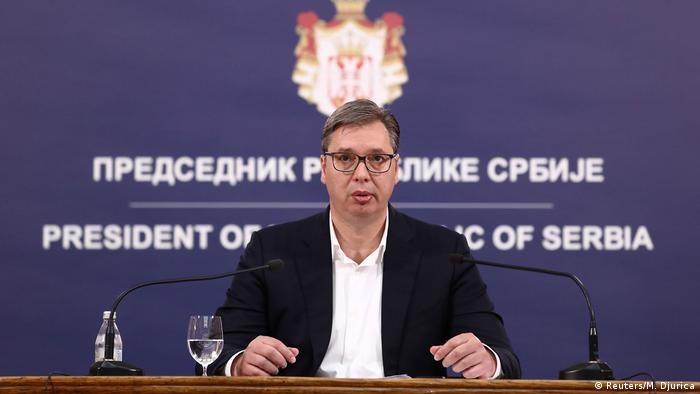 For now, the lawyer can be satisfied with the judgment of the Constitutional Court. The judiciary in Serbia actually has the reputation of being kept on a short leash by President Aleksandar Vučić and his progressive party. Critics suspect that the harshness against migrants at the Serbian borders has long since become Serbian government policy. The current court decision is all the more important.

With the support of the EU?

In autumn 2015, Vučić had praised Chancellor Merkel for her liberal refugee policy. In the following year, Hungary and Croatia sealed off their borders - making migration on the Balkan route virtually impossible. In Serbia, there was growing concern that the country could become a dead end for hundreds of thousands of refugees. "We have set up an impenetrable protective shield at the borders," boasted General Milan Gujanica in an interview with the Tanjug news agency in May 2017. 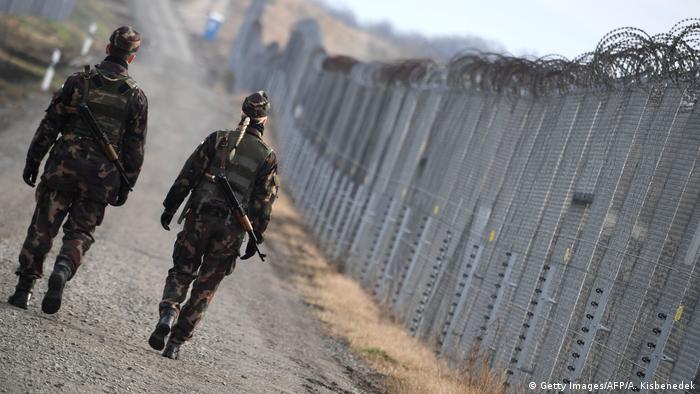 In the first few months of the year alone, 20,000 people, mostly Afghans, were prevented from crossing the Serbian border, Gujanica reported proudly. 140 people smugglers were arrested during the same period. The policy of harshness is obviously supported by the EU: In addition to local police officers and soldiers, fifty police officers from various EU countries patrolled the Serbian borders.

Serbia has to pay compensation

The Belgrade office of the UN refugee agency UNHCR complained that around a thousand people were illegally deported from Serbia in November 2016 alone. Human rights activists have been documenting pushbacks by Croatian and Bulgarian security forces for years. But a ruling like the current one by the Constitutional Court in Serbia has not yet existed in these countries.

The Serbian state now has to pay 1,000 euros per capita to the 17 Afghans affected. Lawyer Nikola Kovačević is still in contact with many of them. According to him, most of them have long been living in Germany.