Germany and China - a personal look at some of the differences

It couldn't be more different - that's how it sometimes seems to me when I compare China and Germany. For example on the subject of privacy and public surveillance. I have been living in Shanghai for a year as a fellow at the New York University branch there. However, my parents and I were born and raised in Singapore, a tropical city-state of five million people. When I arrived in Shanghai, a city of over 24 million people, it took me a while to get used to the Chinese way of looking at themselves. Especially since I had lived in Germany for some time as a student and DW intern and had experienced something completely different there.

About seven times as many people live in Shanghai as in Berlin. Every little corner is used. The city is a juggernaut and the traffic is scary. Since China synchronizes the national holidays and vacations so that everyone works according to the same calendar and the same time zone, the masses of people also move in the same rhythm. 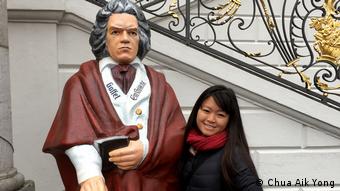 Megan Chua in the Beethoven city of Bonn

In subway stations, barriers are supposed to help control the onslaught, they are similar to those on cattle ranches. Because so many people are out and about at the same time, it is simply impossible to maintain a physical distance from one another. It was completely different back then in Freiburg, Germany, where I initially took part in an orientation event for exchange students. It was about conveying "German etiquette in public space". So the course should teach us the unwritten laws of courtesy. One thing was to always make sure to keep an arm's length away from other people in public. 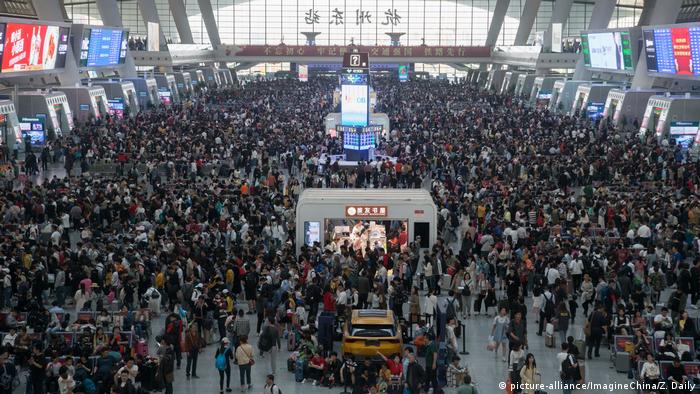 No gap: the train station in Hangzhou, China, during a wave of travel

In China, on the other hand, the gap created by this distance between two people can be understood by a third person as an invitation to close it. Direct skin contact in the subway is essential, especially during rush hour. While in Germany I immediately apologize for accidentally stepping on someone's toes, there is no reaction in China in such a situation. She isn't even expected.

Above ground, pedestrians have to share the paths in Shanghai with e-scooter drivers who rush to deliver food orders. The deliverers jostle ruthlessly past the pedestrians with their silent vehicles. In such a situation, orderly Germans are likely to shake their heads in disapproval. In everyday German life, on the other hand, I concentrate on not getting too close to anyone else. 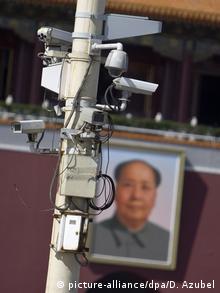 Surveillance everywhere: 570 million cameras are to be installed in China by 2020

Another fundamental difference between China and Germany is the way they handle surveillance cameras. When my German friends heard that even Shanghai's parks - actually places to switch off and relax - are being closely monitored, they found it "surprising" and "unbelievable". In addition, the surveillance system in China is to be expanded to 570 million cameras by 2020.

In order to optimize the surveillance network, the Chinese government is currently expanding the social credit system: the government distributes credit points by observing the behavior of citizens in public spaces. It evaluates payment behavior, shopping habits, who parks wrongly or goes through the red light and of course loyalty to the party. "High scores" (highest scores) and "Lows scores" (lowest scores) are distributed. Anyone who does not behave obediently will be punished with travel bans or not given a bank loan. People with high credit counts are encouraged to be friends with other high scores to increase their credibility.

The Chinese government uses the huge data sets that companies such as Alibaba, Ctrip, Huawei and Tencent collect from their customers, for example through the use of their smartphones. Whether personal preference for eating or activities during leisure time or vacation - the data sets are a gold mine for creating behavioral patterns. The Chinese are therefore motivated to pay their bills on time and to obey the law. 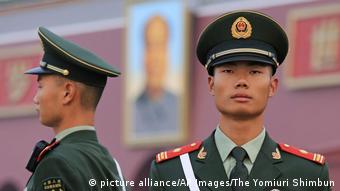 It is different in Germany: Here each of the 16 federal states has its own data protection authority, and Article 10 of the Basic Law states: "The secrecy of letters, mail and telecommunications are inviolable." But a lot of Chinese I know don't care. They are willing to trade their privacy for the government's promise of security and comfort. In Germany and the West in general, however, George Orwell's sentence "Big Brother is watching you" is a synonym for the surveillance state. What is perceived as extremely negative and dangerous there gives many Chinese a kind of protective feeling.

For me as an expat in China, surveillance is inevitable, I have to come to terms with it - as well as with the poor air quality. After all, when it comes to my own safety, security cameras are a possible tool for me personally. After all, potential perpetrators can be caught faster with it. On the other hand, it shouldn't go so far that the value of my existence is measured by where or what I eat and how I move. And certainly not from a state that bases its judgment on its obscure moral standards. Even if this may increase efficiency - there are personal matters that simply do not concern the state.