Get lawyers tested for drugs

The client was stopped by the police in a traffic stop and, due to reddened eyes, asked whether he agreed to a rapid drug test. The test was positive, while the subsequent blood test with regard to the question of driving ability was negative. The client admitted to smoking weed two days ago, but it has been proven that this no longer affected his ability to drive.

The public prosecutor discontinued the proceedings, but ordered the accused to pay the costs in the discontinuation order. We lodged a complaint with the higher court against this ruling by the public prosecutor's office. According to Art. 426, Paragraph 1 of the Code of Criminal Procedure, the accused only has to bear the procedural costs if they are convicted. There is an exception according to Art. 426, Paragraph 2 of the Code of Criminal Procedure, if the proceedings are discontinued, but the behavior of the accused unlawfully and culpably caused the initiation of the proceedings or made their implementation difficult. The higher court dismissed the complaint on the grounds that the car driver would have foreseeably brought about such criminal proceedings with the costs incurred with the prohibited cannabis consumption two days before the stop, regardless of the behavior regarding driving in an unfit state.

We did not agree with the negative decision and therefore successfully appealed the decision to the Federal Supreme Court. This stated that for the exceptional case according to Art. 426, Paragraph 2 of the Code of Criminal Procedure, in addition to unlawful behavior, it was assumed that this behavior was precisely the necessary condition for the initiation or aggravation of criminal proceedings and that without this behavior no criminal proceedings would have taken place. Just because someone smoked cannabis two days beforehand, these conditions are not met, which is why they cannot be charged the costs.

In addition, the Federal Supreme Court ruled that the blood collection order is illegal, as it is a compulsory measure that must be ordered by the public prosecutor and not by the police. Even the declaration of consent given by the driver does not change anything, as it is not possible to consent to an unlawful coercive measure. As a result, the driver of the car did not unlawfully initiate criminal proceedings. The Federal Supreme Court therefore approved our complaint and determined that the principle should also be followed in this case, i.e. if the proceedings are discontinued due to the limit value not being reached, the state must pay the procedural costs (BGE 6B_563 / 2017).

The same applies, of course, to the ordering of blood tests if you suspect that you are driving while intoxicated. It is best to drive without alcohol and drugs, so that such procedural antics are not even necessary. 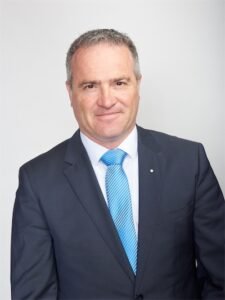 Rudolf Studer is a lawyer at SLP Rechtsanwälte and Notariat in Aarau.